The ‘Voice of the Balls’ to host the IER Awards

The 2017 IER Awards promises to be a truly memorable occasion, hosted this year by the network’s Chief Announcer, Alan Dedicoat. 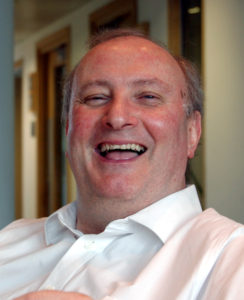 Alan is known to millions of viewers as ‘The Voice of the Balls’, providing instant commentary for the National Lottery Draw. He is also the voice of Strictly Come Dancing and a former stalwart on the Terry Wogan Radio 2 Breakfast Show.

Alan originally trained to be a lawyer but was seduced by hospital radio into a career in broadcasting. Several years on local stations were followed by a move to London and Radio 2, eventually becoming the network’s Chief Announcer.

Join us at the 5* Chelsea Harbour Hotel to recognise achievement and professionalism across the electrical retailing industry, rewarding those companies and individuals who drive the industry forward.

You don’t have to be on the shortlist to attend; use it as an opportunity to catch up with friends and colleagues and discuss your business plans, while celebrating the industry’s achievements.

Sponsorship of the Awards provides an exciting opportunity to raise brand awareness and generate sales by reaching a targeted, highly engaged audience at the ceremony, which is attended by all the key members of the industry. Those interested in sponsoring the Awards should contact Linda Dorling for more information: e lindaedorling@gmail.com; t 07885 142398