Humax AURA in the independent channel

Launched in November 2020, Humax AURA is the first 4K Freeview Play Recorder powered by Android TV to be released to the UK market, and is available in both 1TB and 2TB versions. As soon as the product hit the stores, the 2TB model sold out immediately and sales of the 1TB version were equally impressive, making it one of the most popular Humax products ever to be announced.

The release of AURA has been supported by an extensive advertising and PR campaign, which includes exposure across an array of technology and consumer lifestyle media, including T3, Stuff, Techradar, Home Cinema Choice, What Hi-Fi?, Pocket-Lint, Good Housekeeping, Which?, Expert Reviews, Trusted Reviews, The Version, SeenIt, Cordbusters, Chigz Tech, Dadsnet, the Daily Express and the Radio Times. A comprehensive reviews programme is ongoing, which includes social media influencers in addition to traditional media, extending the brand’s reach to new audiences.

Independent retailers were supplied with point-of-sale materials, email templates, customisable ad templates, web and social media assets to support in-store and online sales. Due to the pandemic, traditional face-to-face training was unable to take place, however, Humax Area Sales Manager Meena Toor was on hand throughout the launch to answer any questions and to offer support at all times.

This innovative product is built for the most demanding viewers, yet is extremely easy to set up, making it a dream to use for customers of all levels of experience. Designed to live at the heart of home entertainment, the user simply syncs AURA with their Google account, and all their favourite apps and content are available immediately. Thanks to integration with the Google Play Store, owners can download thousands of apps and games, including Amazon Prime Video, Disney+, Spotify and BT Sport. They can also choose from a host of exciting content through the built-in on demand players, including BBC iPlayer, ITV Hub and All 4. With 4K HDR10 support, Dolby Audio and a lightning-fast quad-core processor, AURA takes performance to a whole new level. It also integrates seamlessly with smart home systems with the help of Google Assistant. Owners can use their voice to search what’s on now, change channels, record a show, open apps, turn up the volume, dim the lights and much more. Catering for even the most avid of viewers, AURA allows users to record up to four programmes at once, while watching a fifth, and its huge hard drive has enormous capacity to capture favourite series, sporting events, movies and shows to watch at the owner’s convenience. There’s even a separate Kids’ Zone for the youngest members of the family.

More information can be found at: https://uk.humaxdigital.com/product/aura-uhd-android-tv-recorder/

AURA has been incredibly popular in the independent electrical retailer channel, being praised in particular for its ease of use, smart home integration and extensive feature set.

“First impressions: by far the best product made by Humax – and being Android based, a clever machine, slimline, works quickly… We will certainly keep buying them!”

“As a long time installer of Humax products, it was great to hear from Meena, my Humax rep, that they were going to be the first to release a UHD Freeview Play digibox that runs on the Android platform. When I got my hands on Aura, I was not surprised that the build quality was of Humax normal high quality, and that the Android TV experience was a snappy one. As the Aura runs on Android TV, it comes with loads of pre-installed streaming apps making it an all-round media device.”

AURA has already received many outstanding media reviews, including:

“It seamlessly blends triple-tuner Freeview Play talents with the latest Android TV platform, and is both lightning-fast and function-rich. If you’re seeking a leading-edge smart Freeview TV recorder, the Aura is as good as it gets.”

“Aura is a TV addict’s dream. Voice search is accurate and responsive, the content-rich user interface is intuitive, and the hardware itself is whisper-quiet in operation. This is the PVR that Freeview viewers have been waiting for.”

“I like this a lot, though. It also functions as a Chromecast without any further setting up. And that, plus the access to Freeview, the swift switching from live TV and your own recordings to streaming apps, means it’s pretty much the only smart TV device I need.”

“It’s powerful, fast and built for binges. For those looking to trade in their premium pay TV services for something a little cheaper to run, but who don’t want to sacrifice leading-edge functionality, it’s a great option.”

“It is an excellent piece of kit, offering great value, ease of use and a fantastic experience. We wholeheartedly recommend it.”

“This is an awesome piece of kit compared to other Freeview boxes I have had. I still have not discovered all it can do. I am overjoyed that I decided to buy it. A truly wonderful box of tricks – can’t rate it highly enough.

“My first set-top box, which I mostly wanted in order to pause and rewind live TV, also to record programmes. It does these very well, but it does so much more. Most impressed that I can cast programmes from my tablet to the box, and also – just for fun – control the box by voice. Excellent value for money.”

“I thought the older system was great… the Aura is even better!”

“This is a really clever piece of tech, simple to set up and great features… looks good too.

“Very, very different to the traditional Humax Freeview ‘set-top box’. We’ve always used Humax Freeview set-top HD recorders, well, since the demise of the video recorder and basic Freeview box, and this new recorder is like a millennium shift from the old boxes. Apart from the ability to record 4 different programs at once plus watch a fifth, you can actually go back on the guide and watch a program which was broadcast some time earlier. Also there’s all the usual Internet channels and, if you are so inclined, you can talk to it as well.” 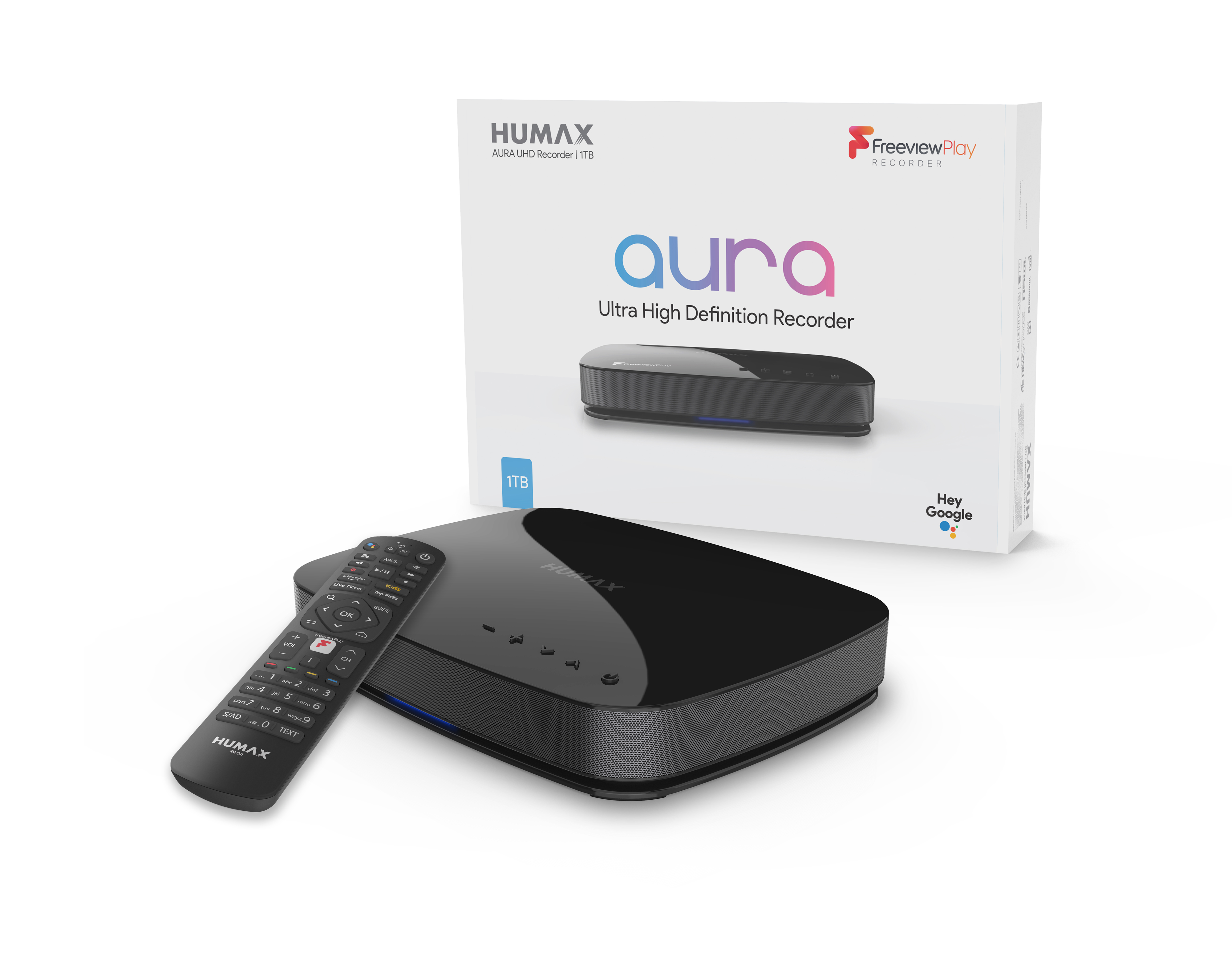 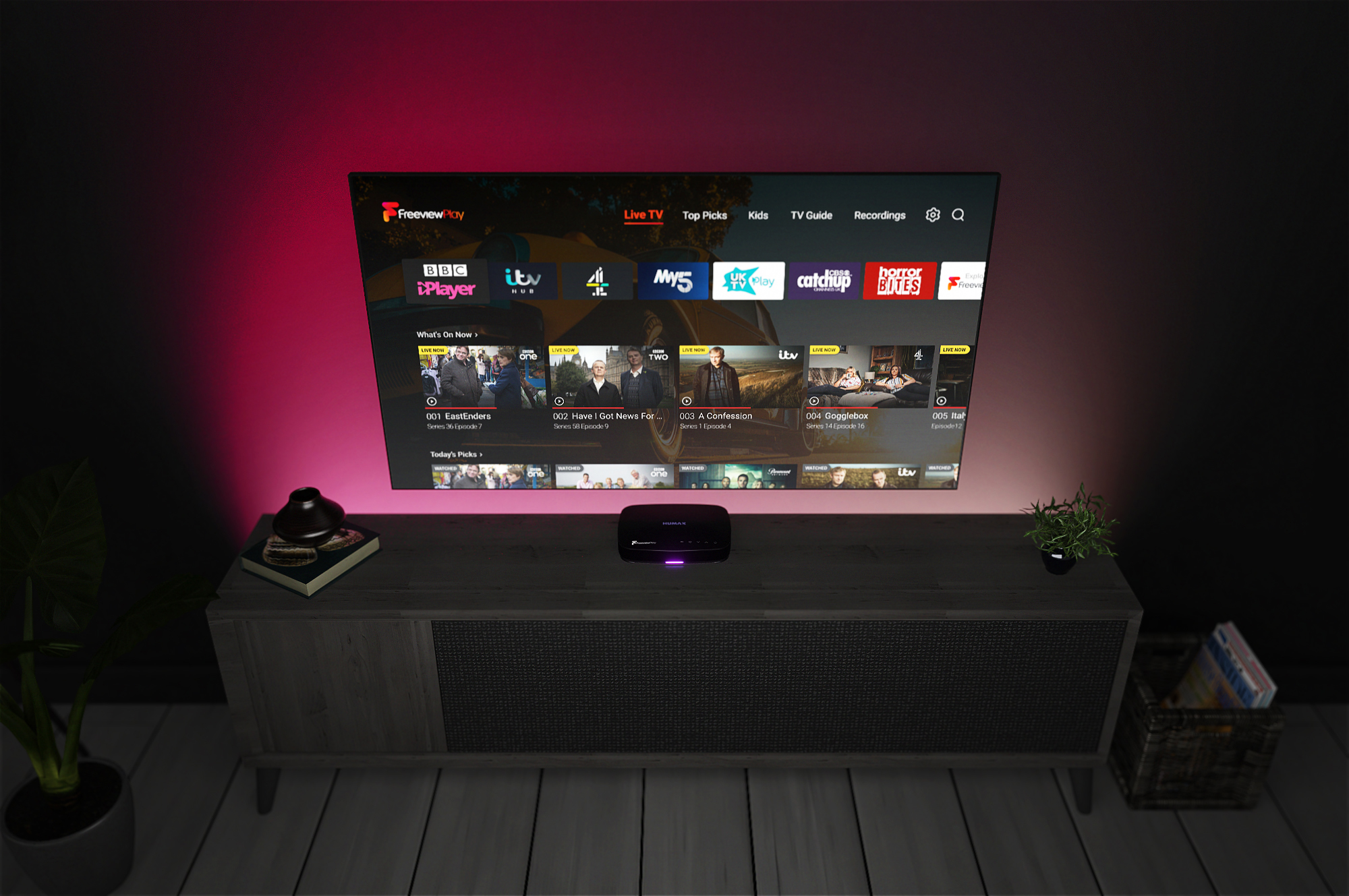 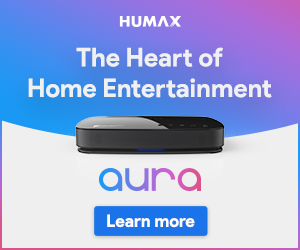 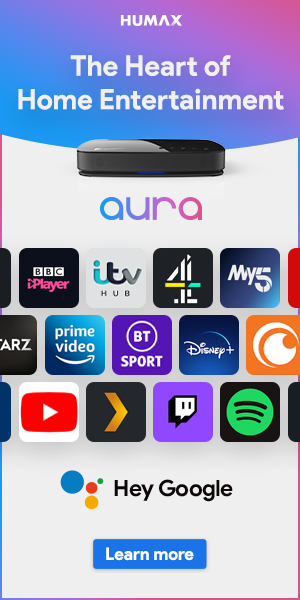